Basilicata is a small region, mostly mountainous and hilly. Here the climate is predominantly continental with typically Mediterranean characteristics, warm and dry, both in coastal areas and in inland areas of the Matera hills.

A region of limited wine production in quantitative terms, Basilicata, however, offers interesting insights both from the point of view of local vines and the quality of the wines produced. The region is mostly mountainous, although it has two outlets to the sea, on the Tyrrhenian Sea with the Gulf of Policastro and on the Ionian Sea, where it faces the Gulf of Taranto. The Lucan Apennines characterize much of the region, with the main reliefs of Monte Pollino (2248m) to the south, on the border with Calabria, and Monte Vulture (1326m) to the north.

The training systems of the vines are mainly Guyot and Spurred Cordon, although the historical Alberello cultivation is still practiced in particularly inaccessible and difficult to work areas. The total viticultural area of ​​the region is about 4000 hectares, of which 47% is in mountainous territory, 45% in the hills and only 8% in the plains.

Aglianico del Vulture is the main grape variety in Basilicata, with over 60% of the vineyard surface, which represents 90% of the production of PDO and PGI wines. 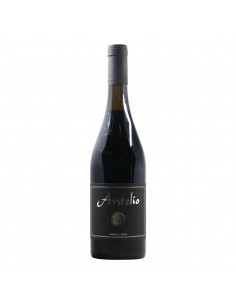 CAMERLENGO
ACAM17
€18.85
Personalizzami
Antelio 2017 Camerlengo is a red wine from Basilicata obtained by Aglianico grapes and produced with natural methods. The aging takes place for 12 months in chestnut casks and 8 months in bottle and it is a very expressive and territorial wine with an excellent quality/price ratio. 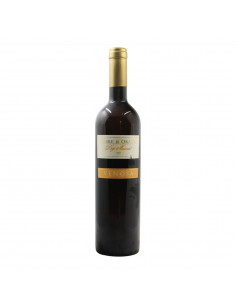 CANTINA FONDIARIA DI VENOSA
DM05
€24.59
Personalizzami
Do you know what a vintage wine really is?Vintage wine is not to be considered as a product to be tasted, but as an emotion to give that brings with it the memories of a past time.It is first and foremost a collector's work, with high antiques value and only later, if you are lucky, a wine to taste.